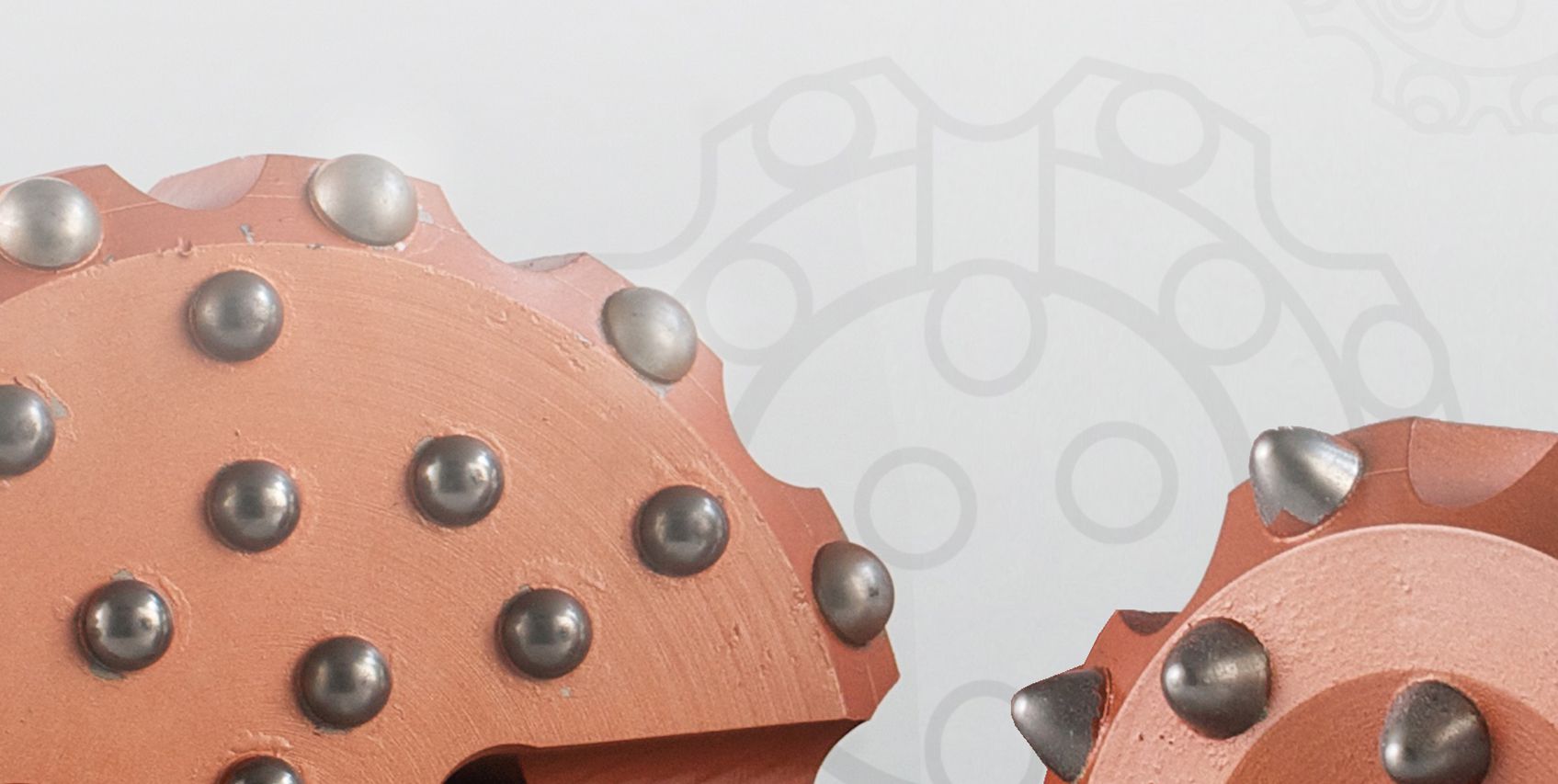 The Bit is an unfortunate fellow. It is sandwiched under pressure. From the top is the tremendous hydraulic or  pneumatic pressure and in the bottom is tough rock designed by mother earth herself. The button has to take the hits from both the sides.  It is subjected to rotary percussion and obsession due to cutting   from the rock below (which amount to the wear of steel on its body).  On a more serious note, a bit is subject to high wear & tear.

There have been observations and studies conducted which reveal that up to 30-40% increase in footage has happened by regrinding the bits. In case the regrinding is imperfect or if not done at the correct intervals, the button bit is likely to lose penetration speed and thereafter can possibly fail. 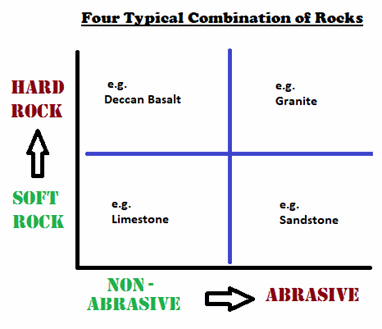 There are multiple types of bits, faces & skirts. In addition, the geology adds more fun to the entire techno-commercial economic complexity.

For the purpose of rock drilling & bit grinding, we can simply classify the rocks into four different categories. The hard rock may not always be abrasive. Similarly, the soft rock may not be always less abrasive. Hardness depends on the grain structure of the rock whereas abrasiveness relates to the presence of silica or quartz.

In softer and non-abrasive formations, the unsharpened button bit may continue to serve without carbide failure. An abused bit in a massive crystalline formation can quickly fail. It is essential to remember that in hard rock, button bits are susceptible to failure from over drilling in the same way as any other bit. It is more economical to regrind too soon than to run the risk of damage by regrinding too late.

The penetration speed is everything. Blunt bits reduce the speed. This overall reduces the drilling speed and spoils the cycle time. Production suffers and overall cost escalation demotivates the project.

A completely new bit is likely to fail due to material or manufacturing defects if not purchased from a good source. This can happen in the initial half regrind life. It is always better to withdraw and check any new bit in early life. Sometimes the gauge buttons may show slightly uneven wear or removal, i.e. while most show normal wear patterns the odd button may show excessive wear. This may be attributed to the slight variation in the setting of the gauge buttons. In such a case, one or two buttons may be over the ground while the majority still requires no grinding. Prolonged initial drilling may thus lead to individual inset failure.